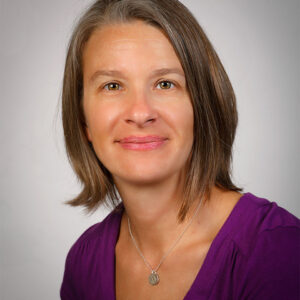 Amidst the hustle and bustle of preparing for Thanksgiving and the upcoming holiday season, most of us probably didn’t take note of US National Antibiotic Awareness Week, celebrated November 18-24.  As we head into the winter cough, cold, and flu season (and who could forget COVID), it’s a good time to review how antibiotics work, when they can be helpful, and when they can actually be harmful.  At least 150 million antibiotic prescriptions are written in the US each year.  According to the American Academy of Pediatrics (AAP), approximately 1 in 5 outpatient pediatric visits results in a prescription for antibiotics, which tallies up to 50 million antibiotic prescriptions annually in the US.  Of these 50 million, it’s estimated that at least 10 million are unnecessary or inappropriate.

Antimicrobial drugs (antibiotics) are powerful medications that have eased pain and suffering, not to mention saved countless lives, for decades.  Their discovery was one of the most significant medical achievements of the 20th century.  Penicillin was first discovered in the 1920s and by the 1940s was in widespread use on the battlefields of World War II.  Before the discovery of antibiotics, 90% of children with bacterial meningitis died, strep throat could be a potentially fatal disease, and ear infections could spread to the brain.  Other common infections at the time, such as tuberculosis, pneumonia, and whooping cough, could cause serious illness and even death.  To be clear, the term “antibiotics” refers to all antimicrobial drugs, which include medications that target bacteria, viruses, fungi, and parasites.  Two major types of germs cause most infections—viruses and bacteria.  Antibacterials (commonly but inaccurately referred to as antibiotics) are useful only against bacteria but do nothing to kill viruses.  Viruses cause a host of illnesses including common colds, influenza, sore throats, and coughs.  Viruses also cause diseases such as smallpox, measles, mumps, hepatitis, AIDS, and COVID.

Antibacterial medications, when used at the right time and in the appropriate manner, can cure many diseases and save lives.  Since antibacterials fight infectious bacteria in the body, they are useful for illnesses such as urinary tract infections, strep throat, some ear infections, and select pneumonias.  In very specific circumstances, such as after certain animal bites or before a surgical procedure, antibacterial drugs may be used to prevent infection.  If your child is prescribed an antibiotic, there are a few important things to remember.  The medication should be taken exactly as directed and your child should finish the entire course, even if he starts feeling better sooner.  You should never give your child antibiotics that were prescribed for another person or leftover from a prior illness.  Ask your child’s healthcare provider if they need to be seen again after the antibiotics are finished.  And certainly let your doctor know if your child’s condition isn’t improving after the full course of antibiotics are completed.

It’s important to remember, however, that the vast majority of childhood illnesses are viral and will not be successfully treated with antibacterial medications.  Most common coughs, colds, and sore throats are caused by viruses and typical symptoms can last 10-14 days.  Contrary to popular belief, 80% of sore throats are viral and not strep throat, especially when the sore throat is accompanied by runny nose and a cough.  We are also learning that many ear infections are caused by viruses and may resolve on their own without antibiotics.  Many parents are concerned their child’s cold illness will develop into a bacterial infection and request antibiotics “just in case.”  But the truth is that most viral infections do not evolve into bacterial infections.  It’s also a fallacy that colored mucus indicates a bacterial or sinus infection.  Even during a common cold, mucus can change from clear to colored after just a few days.

It is not always easy to tell the difference between a bacterial or viral illness, so contact your child’s pediatrician if you are concerned about their symptoms.  Concerning signs and symptoms could include a cough/cold illness not improving in 10-14 days or fevers above 101 lasting for more than 3-4 days in-a-row.  Very young infants can have serious infections that may require antibiotics, so contact your physician immediately if your child is under 3 months of age and has a fever of 100.4 or higher.

No parent wants to watch their child suffer, and even a common cold can make kids (and parents!) miserable and cranky.  It’s tempting to think that an antibiotic will be a “quick fix” for an ailing child, or that it could keep things from getting even worse.  But we are learning more and more that there is a downside to choosing antibiotics and they can actually do more harm than good.  First, there are always possible side effects with any medication.  Side effects occur in about 10% of children who take an antibiotic, including rash, nausea, diarrhea, stomach upset, or even more severe allergic reactions.  Second, inappropriate use of these medications adds unnecessary medical costs.  Third, but possibly most important, the misuse and overuse of antibiotics contributes to “antibiotic resistance.”  Resistant bacteria evolve in response to antibiotic use and can then become more difficult (and expensive) to treat and more easily spread from person-to-person.

Although antibiotics are a cornerstone of modern medicine and potentially life-saving, they aren’t silver bullets.  These medications need to be used judiciously and safely, or their potential benefits will decrease for everyone.

In order to better serve our community, Flat Creek Pediatrics is offering after-hours appointments for patients and parents interested in getting their annual influenza vaccine.